You could be facing one of the most challenging RPGs to date or simply preparing for a lot of repetitive button pushing. It all depends on how you view the massively multiplayer role playing game Lineage2.

Lineage2 : Helios, is the latest Lineage instalment from NCsoft and it is not your average engaging RPG. While there the graphics are intense and engaging, most of the game involve engaging monsters of all types.

In a desperate battle to collect enough coin to buy the accessory you need to survive and continue fighting the mighty enemys you will encounter. This is reminiscent of older RPGs and an aspect that has been faded out in many recent MMORPGs.

This game was designed for a decidedly Asian demographic that places preference on intense battles as you will find.

For a Massively multiplayer online RPG, this game is has very little player vs. player combat. Although this could change in future updates, most of the combat enjoyed at present is player vs. monster. 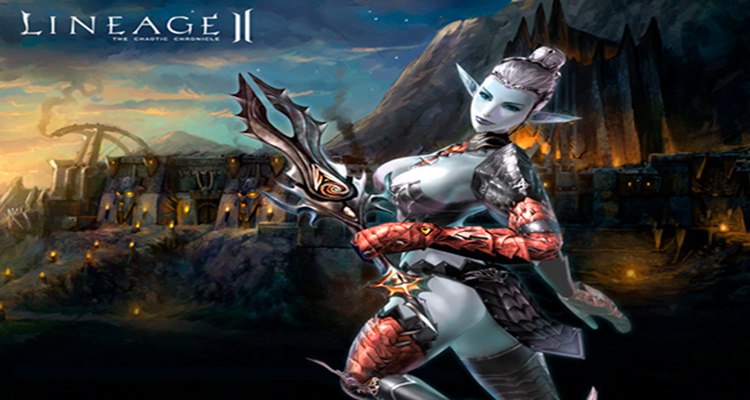 Like most RPG storylines, you will begin with the help of a character you can design from any of the 5 races: Dwarves, Elves, Dark elves, Humans and Orcs. There are possibilities of new characters in the future.

Then you can begin your forays into a hostile world where you must fight monsters to gain experience. You also earn gold by fighting monsters and collecting treasures. Of course, you can also enlist the help of thousands of other online players to your cause.

Building up your character with skill and equipment for their fights will be essential to your survival. This puts a higher emphasis on the collection of gold than you will find in other games of this type.

Lineage2 was designed to support castle sieges and special elaborate player-vs-player battle ground scenarios that would thrill the experienced RPG player. Unfortunately, these features have not been made fully available in some versions, but updates could be coming to change this.

While it is possible to participate in some large scale skirmishes held by larger guild, direct player-vs-player is infrequent for most of the Lineage II game.

There is also a punishing karma system designed to penalize players who repeatedly attack other players. These aggressive sorts will be branded as outlaws and can be countered and risk losing their valuable items. Anyone who attacks an outlaw on the other hand can do so with impunity.

In the North American installation of this game you have the option of beginning as one of the 5 races mentioned above. Dwarves can only begin as fighters, but the others have the option to start as mystics. All of them can graduate to higher professions upon reaching level 20 and then at level 40.

Getting to level 20 is a challenge and reaching level 40 will depend on viewing the somewhat repetitive game as fun and engaging. But if you are persistent and determined, in higher levels, you can pull off some especially fantastic abilities.

At the beginning of the game you will be stuck with some menial tasks. That can be tedious but these are necessary for the rewards, experience and cash earned. Don’t underestimate the tedious, you are gaining experience. Be aware that in some quests, you will have you running around looking for 50 or 60 specific monsters type. The rewards for that ? Well, not that great! 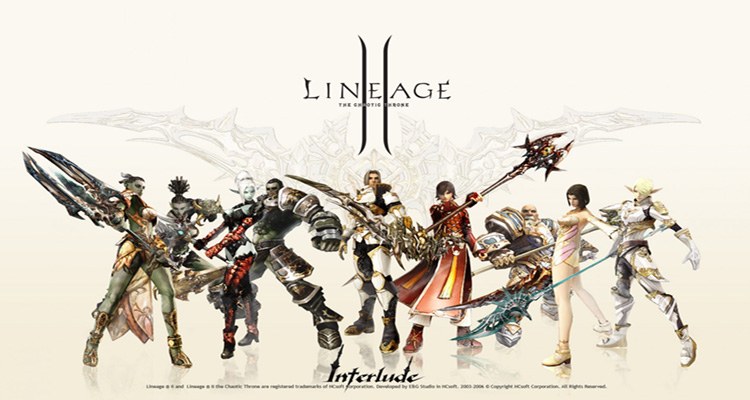 Solo battles aren’t the nail-biting button-mashing sweat-fests you’ll find in other games either. The most effective plan of attack involves setting on the auto attack feature and observing as you and your foe take each other down.

You can also employ some time-honored strategies like bombarding your opponent from far and then setting the auto attack on as they close the distance and throwing in a special ability once in a while (to spice things up).

Team battles are the fun part, although in terms of strategy they are rudimentary at best. The best players are quick to heal and fast with the special moves that finish off a wounded foe. Then of course after the battle there will be some downtime for several minutes to fully recover and continue with your quest.

One important strategy to remember when you are new to the game is how to effectively earn experience and “adena” which is the currency of the computer generated world. When you attack in a group of players you will have an excellent chance of chopping through your foes and earning a lot of experience in the process.

The only bad thing is your cut of cool “adena” is considerably reduced. The best way to earn plenty of adena is to hunt down the weaker opponents on your own. You will then have plenty of time to heal and be on your way to getting more gold.

The concept of “farming”, or fighting a bloody battle of attrition that can go on for hours, is absolutely essential for lots of gold and maturing your character past the 20th level. There are actually humans who do this for a living, farming for hours on end to turn adena into physical currency for a variety of nefarious and practical needs. This practice is actually in violation of the game’s end-user license agreement.

Lineage2 offers some pretty fantastic visual and audio experiences that draw heavily of the Japanese art and animation culture. You can expect highly stylized clothing, architecture and landscapes. The characters are all very impressive as well, if you can forgive the dark elves and their aversion to dressing their young females.

Again this is not a game for the casual gamer who just needs thirty minutes to an hour of butchery to “take the edge off”. If you are a hardcore gamer looking for an engaging adventure to really sink your teeth into, then this is a good option.

The online experience is deep and engaging with intense battles. If you stick around long enough to develop your character to plus 40, you will have enjoyed countless additions, called “chronicles”, and probably made some friends on the way.